* Epidermis is present at the outer most part of the stem which is made up of rectangular barrel shaped cells.

* It has distinct cuticle, multicellular cutinised hair called trichomes and stomata at places.

* From inner layer to the epidermis is called hypodermis which is made up of collenchymatous cell.

* Hypodermis is followed by parenchymatous cortex.

* Endodermis are known as starch sheath.

* Endodermis is without cadparian strips.

* Pericycle is situated just behind the endodermis.

* Vascular bundles lie in a ring which is called eustele.

* They are wedge shaped, conjoint, collateral and open.

* Xylem is end arch means centrifugal which having radial rows of angular vessels where tracheids fibre and parenchyma cell is present in between and around them.

* A strip of fascicular cambium occurs between the xylem and phloem that helps in secondary growth.

* Secondary growth pushes the primary xylem and primary phloem away from each other.

* In between the vascular bundles medullary rays are present and they lie radially elongated parenchyma cells.

* The pith lies in the center.

Characteristics features of monocot stem are -

* The stem is covered by epidermis. It is rectangular barrel shaped and silica is deposited on the outer surface of the stem causes stiffness and provide protection to the stem. 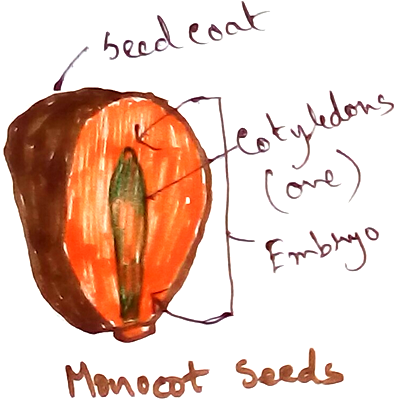 * A layer of cuticle is present.

* In some places stomata is present and they have dumb bell shaped guard cells.

* Endodermis , pericycle,pith are not recognisable.

* Type of each vascular bundles is collateral,conjoint and closed.

* As phloem lies outside the xylem is called endarch.

* Protoxylem has a schizo lysigenous cavity which is called protoxylem cavity.

* Tracheids are observed between.

* Outside the root is covered by an layer called epiblema or piliferous layer (uncutinised thin layer rivalled rectangular cells).

* Some of the cells of this piliferous layer form thin layer tubular out growths called root hairs.

* These are specialized for water absorption from soil interspaces.

* Other epiblema cells can also absorbed water and minerals from the soils.

* In the other part of the monocot plant the root hair shrivel and epiblema converted to thick walled. 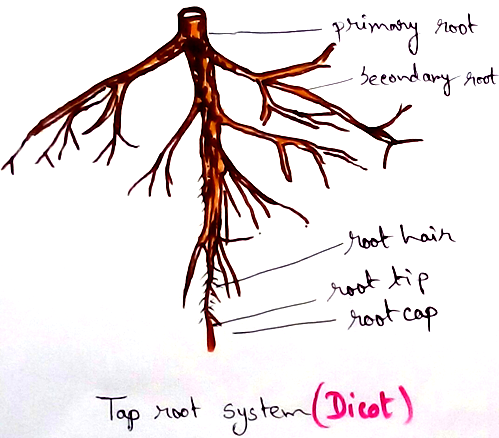 * Cortex is followed by endodermis (a layer which is compactly arranged by barrel shaped cells that possess ligno- Siberian thickenings which are called cadparian strips.

* Endodermis function as check post as where one or more layer of pericycle lies below endodermis.

* Pericycle gives rise to lateral roots which is the part of the vascular cambium and whole of cork cambium.

* Xylem is exarch or centripetal means protoxylem is situated outside.

* Pith may be present or absent. If the pith is absent or small metaxylem of different bundles meet at the center.

* Depending upon the number of xylem present root can be diarch ,triarch, tetrarch etc.

* Xylem is made up of polygonal vessels, where the protoxylem vessels being narrow and small in size.

* Conjunctive parenchyma occurs between xylem and phloem bundles and it secondarily form main part of the vascular cambium.

* Outer layer of the root is called epiblema or piliferous layer.

* The cells of this layer are oval rectangular ,thin walled and uncutinised.

* Some of the cells that give rise to tubular root hairs for the absorption of water from the soil interspaces.

* The area of the root which is comparatively older, the root hairs shrivel and epiblema cells either become thick walled or are shed.

* Cortex are several layers thick and is made up of parenchymatous cell.They make participation in storing food and conduct sap from outside.

* The outer layer and older part of the cortex thickened to form protective layers called exodermis. 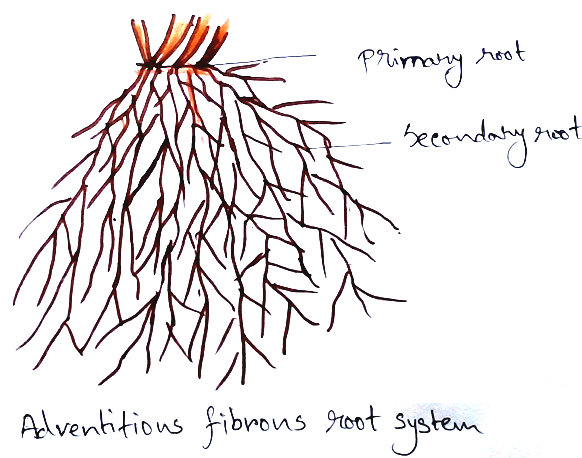 * Endodermis is a single compact layer made up of barrel shaped cells. The young cell that possess ligno- suberised casparian thickenings. Whereas in older parts the endodermal cells become thick walled except it is opposite in protoxylem points. These cells are called passage cells.

* Pericycle is made up of one or more layer of parenchymatous cell.

* Pericycle gives rise to root branches where the older part of the cell wall become thickened.

* Xylem is exarch and centripetal.

* Vascular strand is polyarch that is embedded in conjunctive tissue.

* Phloem is made up of sieve tubes and companion cells and secondary growth is absent.

* Very rare species are there those are having vascular bundles less than 8.

* Intercellular space is bigger in leaf. 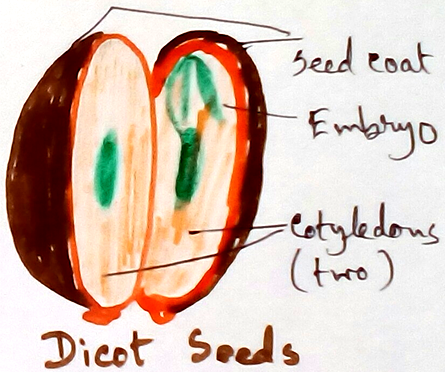 * Reticulate venation is observed in the leaves of dicot plant. 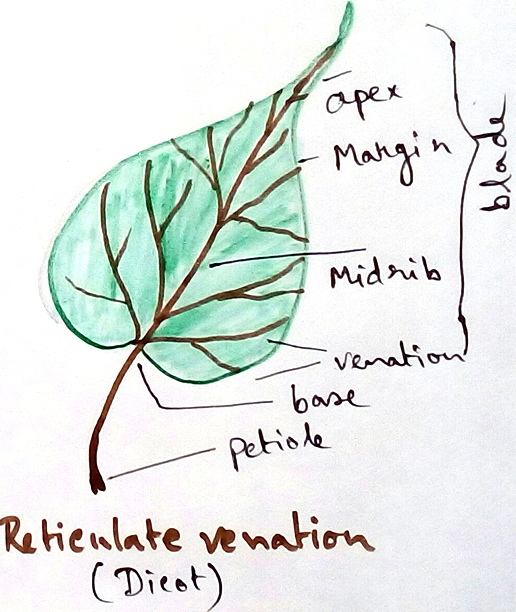 * Both layer of the leaf contains thin cuticles.

* The intercellular space between the cells are less.

* Leaves of monocot plants contains equal number of stomata in both side of the leaves.

* They have bulliformed cells in their leaves. 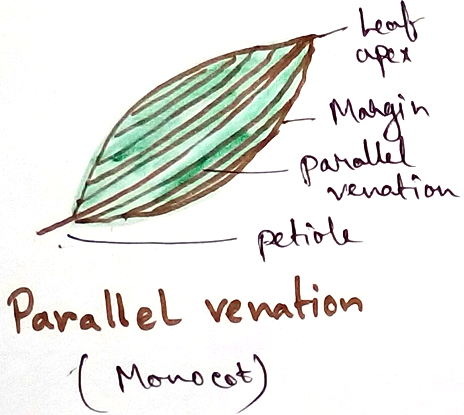