Digestive system –The system which is responsible for digestion of food by secreting different enzymes and absorption by blood is called digestive system. Digestive system consists of different organs like –mouth, oesophagus, stomach, pancreas, liver, bile, intestine (small and large).

Oesophagus-  The food after mixing with saliva formed bollus and enters into the stomach by peristaltic movement. 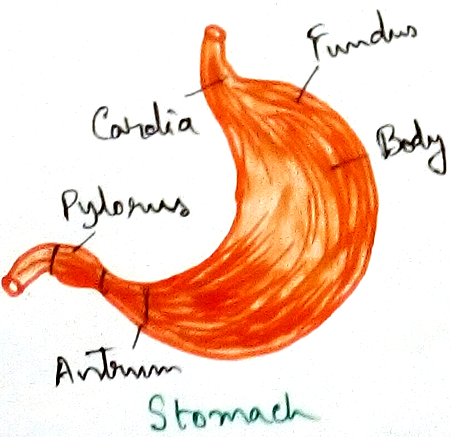 Pancreas – Pancreas is the digestive gland that is basic in nature and contains various digestive enzymes.

Liver - It is the largest gland. Nile juice enters the food via hepatic bile duct and help in emulsification of fat.

Cardiovascular System – Cardiovascular​ system is consists of heart, lungs, blood vessels etc. It is one of the major system of our body as blood carries oxygen, nutrients, hormone to different parts of the body brings impure blood to the heart and from their to the lungs for purification.After purification blood is then carried by the blood vessels to the different parts of the organ through heart.

Heart - This organ is made up of cardiac muscle which is associated with continuous pumping of the heart throughout the living conditions.It has four chambers -two auricles​(left and right), two ventricles (left and right).

Lungs - Lungs are made up of alveoli which participate in gaseous exchange during respiration. 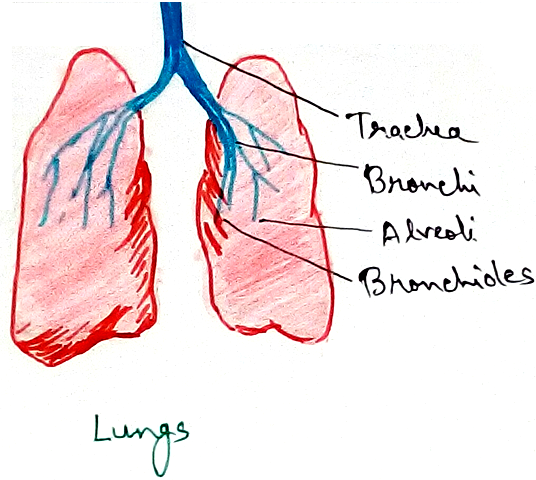 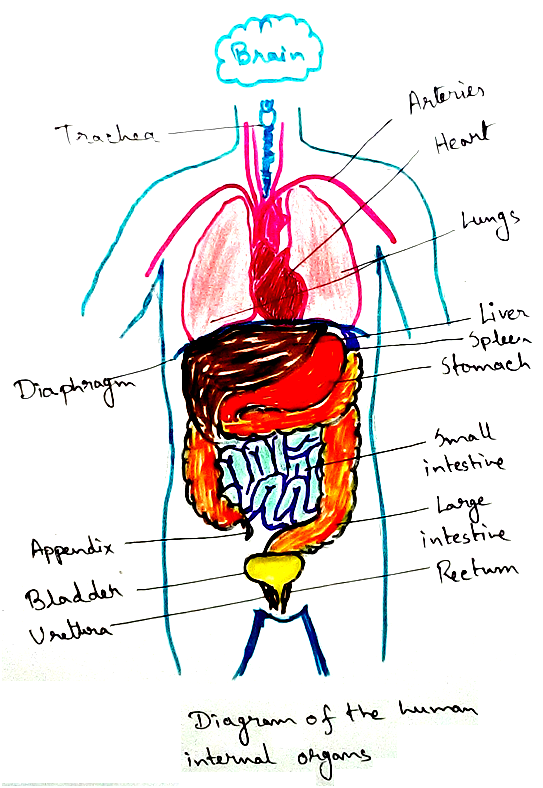 Musculoskeletal system: It is​ made up of muscle and bones and cartilage. Bones are the hardest part of the body that give proper shape , structure and protect soft tissues. Muscles are of three types voluntary (muscular contraction is within our control), involuntary  (attached with the internal organs )and cardiac muscle (muscular contraction of heart). Ligaments hold bones with muscle and help in doing work. Tendon connect bones with bones . Different bones are come together to form joint.

Excretory system: This system is the process of by which metabolic wastes are removed from the body of an organism.  Excretory system consists of different organs. These are – lungs, skin, kidneys.

Skin - Outer most layer of our body is skin. Skin contains different sweat, sebum, oil glands. Skin excretes sweat which is the mixture of water, salt and urea. It also controls body temperature.

Kidneys - Kidney is the filter of the body. Nitrogenous waste such as urea, uric acid, ammonia and other inorganic salts along with water is excreted from the body. 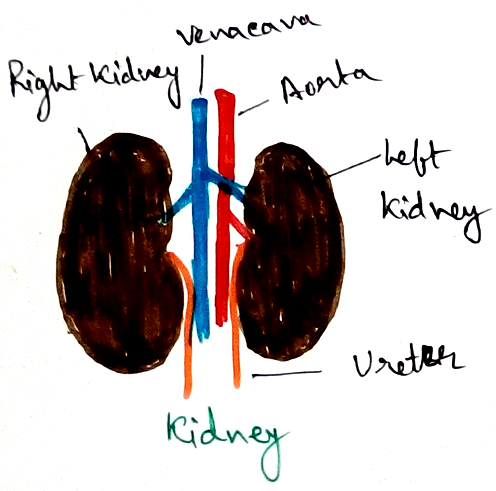 Renal artery brings in the blood containing wastes into the kidneys. Each kidney consists of a million microscopic filtering units known as nephrons. Here blood is filtered and waste are removed as reabsorption of water and salts takes place. The leftover product is called urine which is straw coloured fluid and it is collected in the renal pelvis which is removed from kidney. The left over waste of the body called urine (straw colour) is removed from the body.

Nervous system - It is the system that allow us torespond the environment with the changes in stimuli. For proper response body need to need to work in coordination. Neurone is the structural and functional unit of life. It is the control system that sends electrical signals throughout our body. Different organs of the nervous system are brain, spinal cord.

Brain – It is the major control center of our body. This is made up of soft tissue which is protected by skull. The brain is divided into three parts -cdrebrum, cerebellum, medulla oblongata. Cerebrum is the largest part of the brain where different functions such as memory, thought, sight, smell, taste, touch, hearing, all voluntary actions. Cerebellum is located just below the cerebrum at the back of the head that help in body balancing. Medulla oblongata is located just in front of or below the cerebellum which is responsible for controlling involuntary actions. 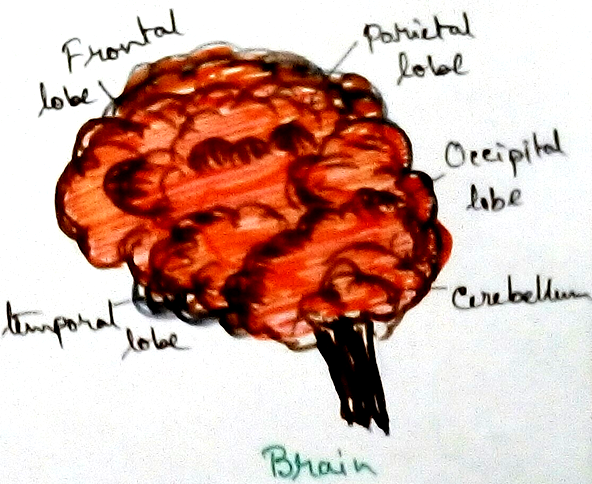 Spinal cord - It is the cylindrical structure that present in the vertebral column and transmits nerve impulses from different organs to the brain and vice-versa. It controls reflex action.

Neurone is made up of cell body and extension (axon and dendron).

Endocrine system – It is the system that controls body and different coordination like digestion, growth, development and reproduction. It is made up of ductless glands (endocrine) that produce hormone which is called chemical messengers. Some important glands are –

Pituitary gland – It is the master gland that controls the secretions of other hormone glands.

Adrenal gland - Adrenaline secrets from the gland that controls emotion.

From Organ and Organ System to HOME PAGE