1 does not fall under the head of prime or composite number hence termed as co-prime number.

How can we find out whether a number is prime or composite?

Check the factors of the given number

There are two possibilities 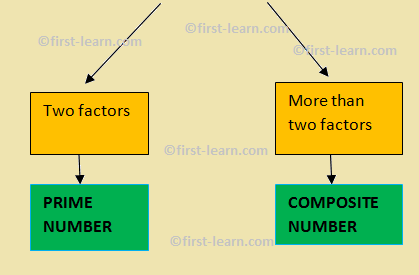 Here is a list showing all the prime numbers

1 is not highlighted but it is not a composite number it is a co-prime number as mentioned earlier.

From Various Types of Numbers to HOME PAGE