Fruit – Fruit is ripened ovary which consists of pericarp (fruit wall from ovary and attached parts) and seeds formed after fertilization of ovules. Fruits are of three types. They are –

1. Eucarp – They are true fruits formed from superior ovary , having functional seeds but no additional floral parts fused with them. Example - grape, mango.

2. Pseudocarps - This type of fruit generally formed from inferior ovary, having functional seeds and additional floral parts are fused with pericarp. Example- Apple.

3. Parthenocarps -  The fruits are formed without fertilization, as a result seedless fruits are produced. Example Banana.

Fruits can be divided into three types. They are –

Simple fruit –  They are fruits which develop from single flowers having single ovary that may be simple or compound. According to the type of pericarp simple fruits can be dry or succulent. Dry fruits have dry pericarp. They are of three kinds. They are –

Aggregate fruit – Aggregate is a group of fruitlets formed from a flower having two or more free ovaries . They are of two type –

Etaerio of Berries - Individual berries are separate while in custard apple they are fused over an elongated thalamus.

Composite fruit - They are also called multiple fruits. The fruits develop from the entire inflorescence.

1. Sorosis – The composite fruit- develops from either a spike or female catkin. Example- female catkin in Mulberry, pineapple develop from intercalary sterile spike with persistent bracts and peduncle.

Seeds – seeds are the embryonic plant which is covered by the seed coat and give rise to the new plant. It is produce due to conversion of ovary during plant reproduction. 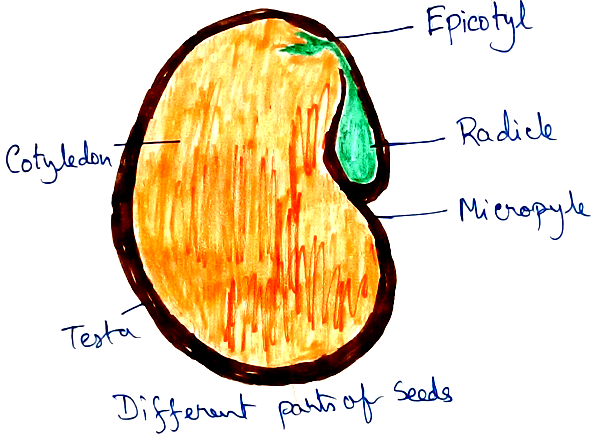 According to presence of number of cotyledons, it can be divided into two-

Monocots – Number of cotyledon is one.  It cannot be divided into two equal halves. 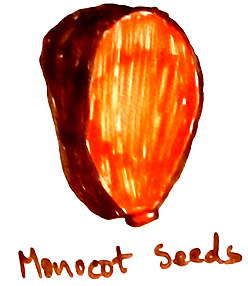 Dicots - Number of cotyledon is two. We can divide the seed into two equal halves. 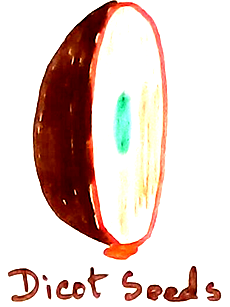 From Fruit and Seed to HOME PAGE