It is the mode of arrangement of flower in a group in a specialized branch called peduncle. It consists of inflorescence axis and mother axis. Peduncles are of two types- receptacle and scape.

Different types of inflorescence that are observed are:

1. Racemose inflorescence - It is of two types.

Corymb  - All the acropetally arranged flowers come to lie at the same level due to slight shortening or elongation of peduncles of lower flowers. Example- candytuft. 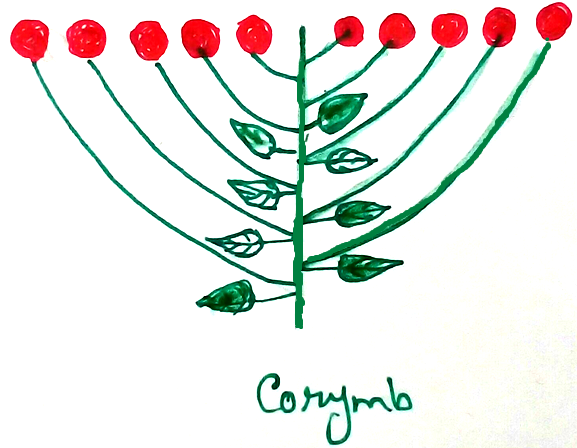 Corymbose raceme  - Like a corymb near the growing point and raceme lower down though the peduncles of the lower flower are longer. Example - mustard. 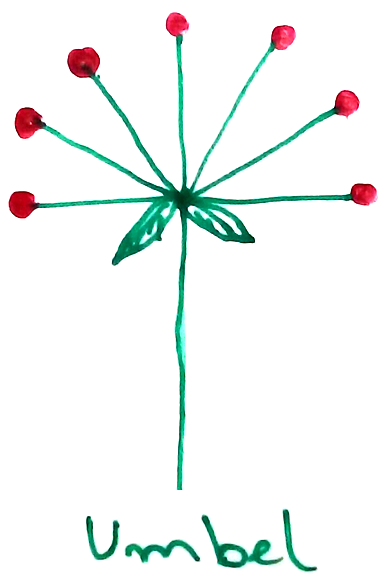 Strobile - It is a spike in which the flowers develop in the axils of persistent membranous bracts. Example- Hop.

Spadix - It is a modification of catkin in which the peduncle is fleshy and thick with upper part sterile and lower part bearing one or both the types of unisexual flowers surrounded by a large bract called spathe. Example-In maize the female flower develops in a spadix. 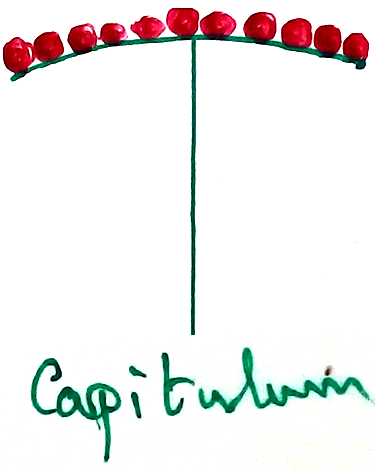 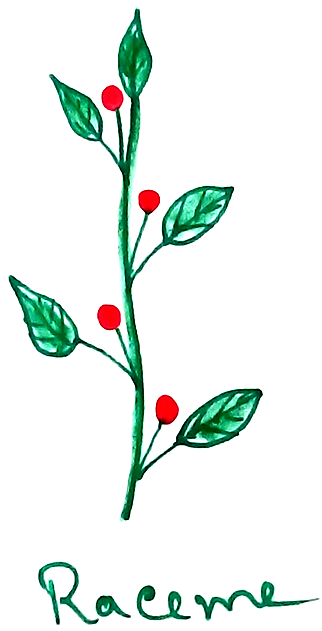 Corymb of corymbs – An axis bearinga number of corymbs in a corymbose fashion. Example - Cauliflower, Pyrus.

Umbel of umbels - Many umbels develops from a common point in an umbellate fashion. Example - coriander, carrot, cumin.

3. Mixed inflorescence - They are of different types – 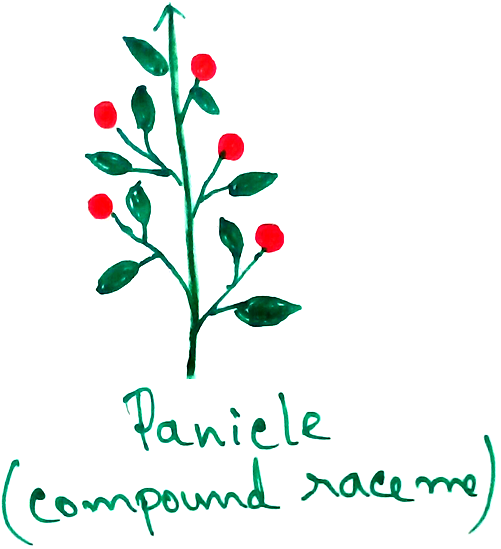 Other types – Like umbel of capitula, cyme of umbels . Example- Lantana.

Special inflorescence: - They are of four types:

Verticillaster – It is raceme of verticles or whorls of flowers born in the axile of opposite leaves . Example- Ocimum, salvia.

From Inflorescence of Flower to HOME PAGE