Interdependence of Plants and Animals

We will discuss about the interdependence of plants and animals.

We are aware of the fact that human-beings depend upon plants and animals for food and other requisites of life.

Do plants and animals also depend upon each other?

Plants and animals also depend on each other. They do so in many ways.

Some of the following ways are:

(i) Some animals eat grass and green leaves of plants. They are called herbivorous.

Many animals also eat grains and other products of plants. 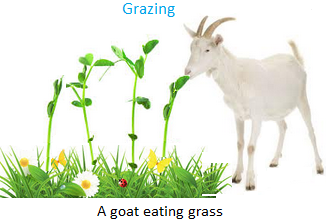 Dung of animals, droppings of birds etc. are used to make manure. This manure helps to increase fertility of the soil and fertile soil helps the plant to grow better.

Thus, plants and animals help each other.

(ii) Flesh eating animals eat flesh of other animals, some of which depend on plants for food. Growth of the plants depends upon the manure coming from the animals droppings.

Like human beings all the animals (living things) adopt this process of taking in oxygen and giving out carbon dioxide. 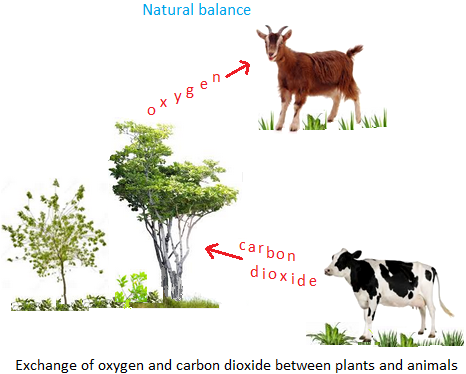 The oxygen thus released in air by the plants is taken in by animals who in return give out carbon dioxide to the air to be taken by the plants.

Thus a natural balance of oxygen and carbon dioxide in the atmosphere is maintained by plants and animals.

From Interdependence of Plants and Animals to HOME PAGE