Osmosis in Biological Systems: In biological system osmosis occurs between the fluid present inside and outside the cells where plasmalemma act as semipermeable membrane. It permits water but not many solutes including proteins to pass freely through the membrane but in true sense the plasmalemma is not a perfectly semipermeable membrane because a few solute mein diffuse through it. For this reason the plasmalemma is designated as a selectively or differentially permeable membrane. Osmosis takes place through plasma membrane whenever the intracellular fluid and extracellular fluid differ in concentration. According to some scientist Osmosis in biological field means diffusion of water across the plasma membrane, in response to a concentration gradient.

Types of Osmosis: Depending upon the direction of flow of water osmosis can be divided into two - endosmosis and exosmosis.

Plant cells are protected from osmotic deformities like shrinkage swelling etc  due to the presence of a rigid cell wall.In plant cells prolonged exosmosis may lead to shrinkage of Protoplasm which retreats from the cell wall and accumulate centrally this is known as plasmolysis.

Explanation of the Mechanism of the Process Osmosis: 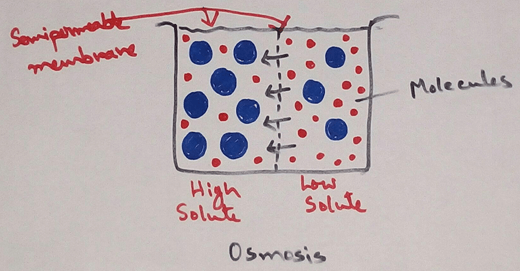 The mechanism of osmosis can be explained on the basis of binding between solute and solvent molecules in a solution. If there is higher number of solute molecules of a solution then the number of solvent molecules bind why the solute will be more. Which results to remain the few number of free solvent particles available for random motion. The least is the concentration of a solution the more will be the random motion of free solvent molecules in it. Osmosis continuous until an equilibrium is reached when the two solutions at a same concentration of the rise of hydrostatic pressure on the concentrated side becomes high enough to prevent further entry of solvent into this compartment.

Physiological Importance of Osmosis in Plants -

* Absorption of water from soil by the root hair of plants occurs by the process of osmosis.

* This absolute water by the root hairs are transported to the cortical cells and then through thexylem is a two different parts of the plant by the cell osmosis.

* Endosmosis in plant cells create turgor pressure which helps in several functions like control of stomatal opening and closing,growth of meristematic tissue and various type of seismonastic movement.

* This also profile rigidity and mechanical support to soft plant organs and help theherbs to stand erect due to the turgor pressure in their cells.

The water potential of pure water is zero and it is lowered by adding solute molecules this occurs because of the free energy of water is decreased by the presence of solute molecules are ions that collide with the water molecules.Thus water potential of a solution is dependent on the concentration of the solution and the value of it is always less than zero hence it is negative. 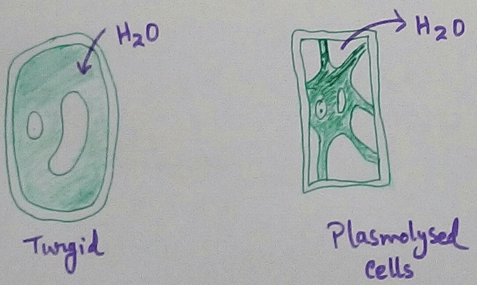 Definition of Imbibition - Imbibition is type of diffusion process when water is absorbed by the solid colloids and it increases in volume. Water potential gradient is important between theabsorbent  and the water or solution that will be imbibed.

This process increases the volume of the imbibed material as a result it increases imbibition pressure. Sometimes this pressure can be of very high magnitude so that it is capable of destroying the rocks by placing dry woods inside the services of the rocks. Skin grafting also received oxygen and nutrition in this process.

● Importance of imbibition in biology-

● By  this process water is observed by the seeds.

● This process also causes absorption of water by the dry woods.

Without imbibition seedlings were not able to come out from the underground and raise themselves in the environment.

Herb or seedlings do not have a well developed mechanical tissue for their support . They Stand erect by virtue of turgidity of the cells caused by water absorption. Because root hair spontaneously absorb water from the soil and pass it to all the cells by a osmosis as the result of which the cells of the heart or Seedling become target and tightly packed which gives mechanical support to the plant for standing erect. 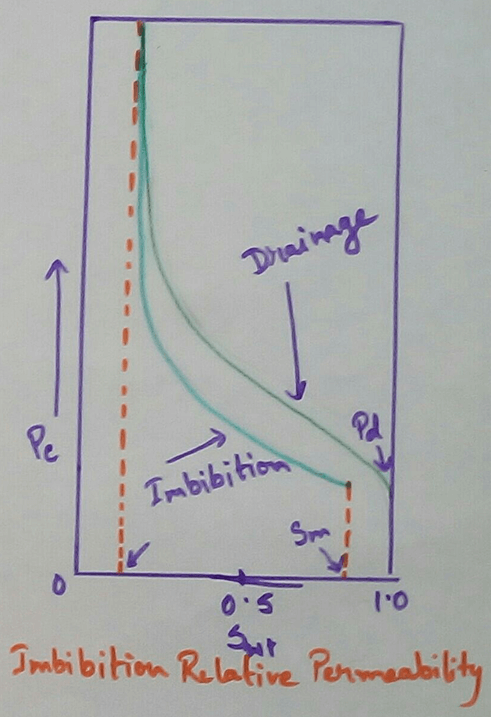 Comparison between Osmosis and Plasmolysis:

Plasmolysis causes accumulation of protoplasm centrally as it retreat from the cell wall. On the other hand osmosis is not associated with the accumulation of Protoplasm within cell it only allows some specific solute or water to pass through it.

Isotonic Solution - A solution is called isotonic when it exerts no osmotic effect on the living cells. Examples –cells of placed in a solution where there is absence of exosmosis or endosmosis.

Hypertonic Solution - This is a type of solution in which if cells are placed exosmosis takes place.

Hypotonic Solution - This is a solution in which if cells are kept then it causes endosmosis or inflow of water into the cell causes the cell to sweal. Further increase of pressure may causes lysis of cell.

Examples - If RBC are placed in the hypotonic saline water, it ruptures and the empty envelope is called RBC ghost.

Comparison between Osmosis and Absorption: