Addition of Integers on a Number Line

Now we need to follow certain steps for adding integers on number line.

Here are few examples to show to addition of integers on a number line.

Here the first number is positive 4 hence we will move 4 steps to the right side of zero to reach + 4. The second number is negative – 2 so we will move to the left to reach 2. 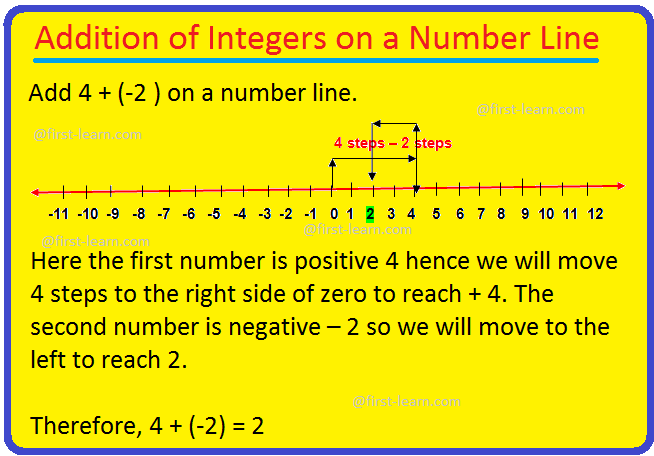 From Addition of Integers on a Number Line to HOME PAGE

Have your say about what you just read! Leave me a comment in the box below.
Follow @FirstLearn