Means the organic molecules which must contains carbon, hydrogen atoms are called biomolecules. Biomolecules can be of different types. They are –

Monosaccharide - These are monomers of sugar that cannot be hydrolyzed into further smaller unit. Example is glucose, fructose etc

Polysaccharides - This molecule of carbohydrates made up of more than two or many  different molecules of sugar. Examples of polysaccharides are hexose, heptoses, Pentose etc. 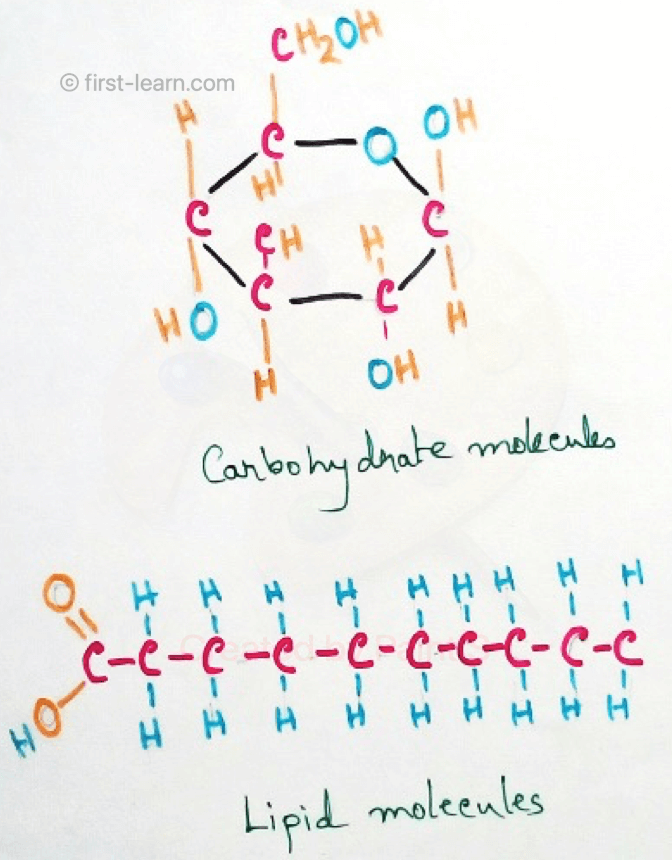 3. Fatty acid molecules - These are made up of carbon, hydrogen, oxygen in the molecules, where ratio oh hydrogen and oxygen are less than water.

Lipids – Esters of fatty acids and alcohol. They are saturated and unsaturated fatty acids.

6. Nucleotisides - Nucleotides are compounds that formed from nitrogen bases and Pentose sugar. Uracil produce nucleoside with only ribose sugar and thiamine forms the same with only deoxyribose sugar.

From Biomolecules to HOME PAGE