These are large sized complex molecules which are of high molecular weight which are commonly formed through condensation or polymerisation of repeated units of micromolecules. 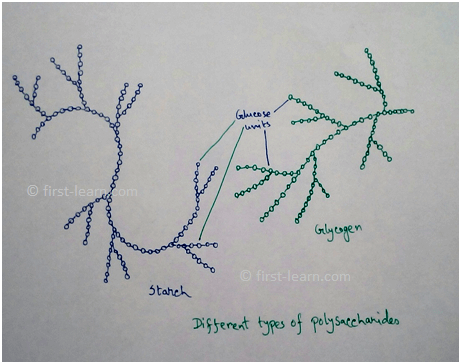 Functionally polysaccharide are of three types-

2. Structural Polysaccharide - These are fibrous polysaccharide that formed exoskeleton of arthropods. Examples are cellulose, hemicellulose etc.

Definition of Proteins - In 1838 Berzelius described amino acid polymers which are consist of polymers of amino acids (carbon, hydrogen, oxygen, nitrogen and sulphur). According to number of protein molecules or polypeptides they can be divided into monomeric protein (examples are haemoglobin, insulin,immunoglobulin etc.). When amino acids are bonded by peptidoglycan bond and is called primary structure. When there are different bonds are formed (hydrogen, disulphide, salt bridge etc are developed)theprimary structure of protein are folded in different positions as bonds are formed between the amino acids and different secondary structure is formed called alpha helix, beta pleated sheet. Further folding occurs due to tertiary structure formation and quaternary structure formation of the protein.

This formation occurs due to the stable structure of the protein with minimum energy state. Functions of proteins are associated with contraction, hormones, enzymes, transport, receptors, phosphoprotein, blood clotting, immunity etc. 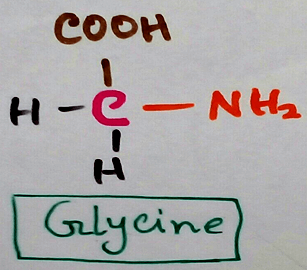 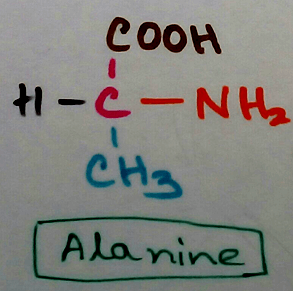 Nucleic Acids - This is a complex nucleur structure that form due to the combination of nucleotides. These nucleotides are combined to form DNA (deoxyribonucleic acid), RNA (ribonucleic acid). They are called carrier of the hereditary characteristics. 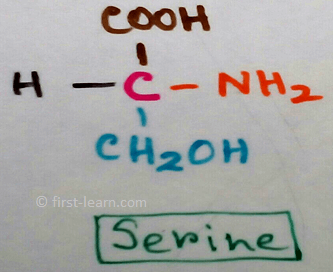 DNA - Deoxyribonucleic acid is helically coiled macromolecules that is made up of two antiparallel polydeoxyribonucleotide chains which held together by hydrogen bonds. This two chains are coiled around a common axis.

From Biomacromolecules to HOME PAGE