Types of Cofactors: According to the source of origin co factor can be divided into two types broadly. These are –

Vitamins as Cofactors - Different vitamins are also bind with the enzyme and help in activation of enzymes.

Example: FAD acts as co factor. Full form of FAD is flavin adenine dinucleotide. It consists of flavin, which is a vitamin, adenine, nucleotide. 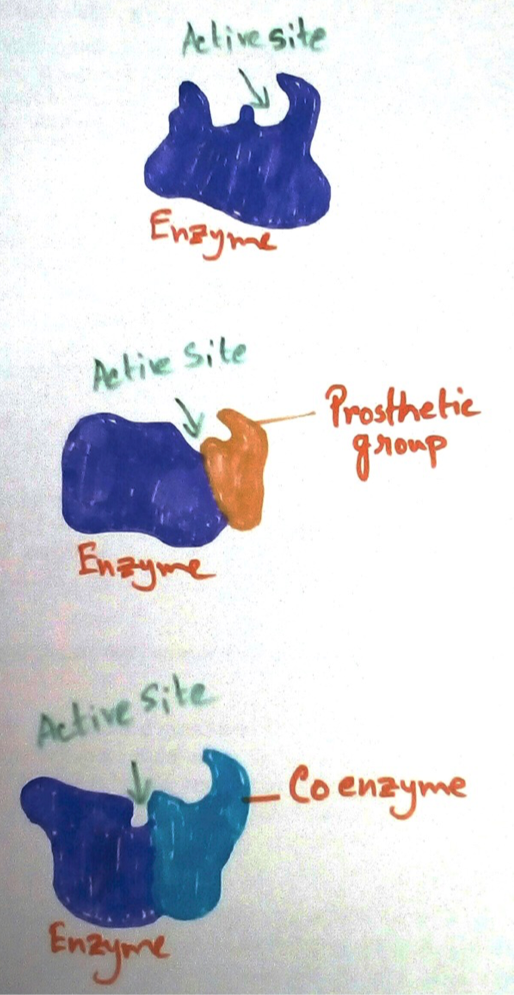 1. Help in the Transfer of Different Functional Group - Some co factors that remain loosely bind to the enzyme are associated with the transfer of functional group from one compound to the other.

2. Acts as Second Messenger of Hormones - Different hormones binds with their specific receptors and act via some other biomolecules, these biomolecules are called second messenger. They acts on the specific tissues and do their functions. Examples of second messenger are cAMP which binds with G protein couple receptors and help hormone to function.

3. Evolutionary Biology - ATP and NADP are present in almost every living organisms in different structural pattern which help in the study of evolution.