Definition of Nucleic Acid: It is a biomolecules present in almost all living beings, able replicate itself and is the major components of chromosome that carries genetic information.

This are made up of carbon, hydrogen, oxygen, nitrogen and phosphorus. Miescher in 1868 to 1869 first discover the nucleic acids nuclein and named nucleic acid as in 1889 by Altmann.

Types of Nucleic Acid: According to the structure and function of the nucleic acids, it can be divided into-

DNA- Deoxyribose nucleic acid is helically coiled macromolecules that is made up of two antiparallel polydeoxyribomucleotide chains which are holding together by hydrogen bonds. Their two chains are interlocked means plectonomically coiled around each other in a common axis. Coiling forms two types of grooves- major grooves (22A°long) and minor groove (12A° long). Maximum amounts of occurs in chromatin of nucleus in eukaryotes and nucleoid of prokaryote. Small amount found in mitochondria and plastids. 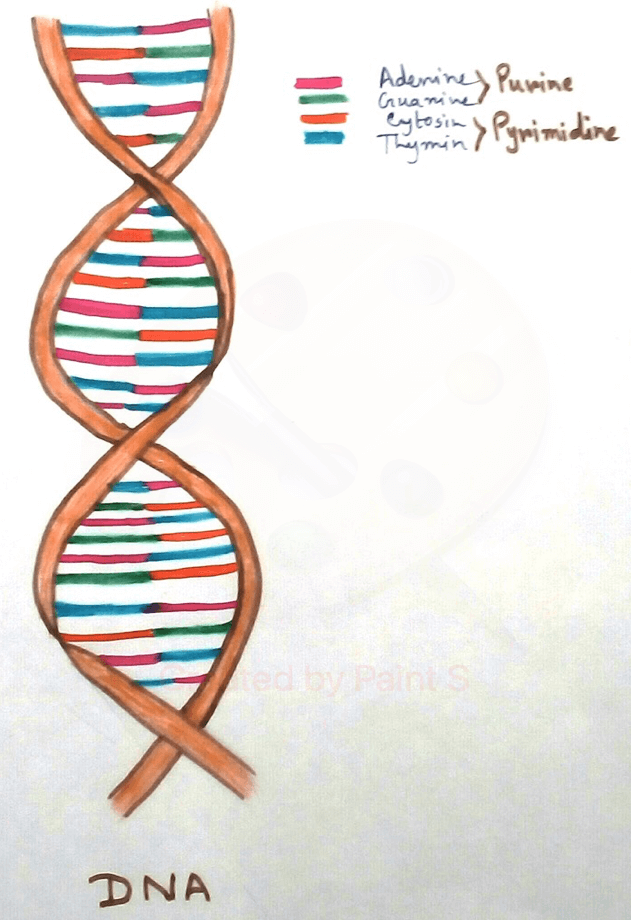 Each DNA chain is consists of backbone of alternate deoxyribose sugar and phosphate. Nitrogen bases are observed to remain attached to sugar molecules along the right angles to the main strand. There are four types of nitrogen bases, they are – adenine, guanine, thymine, cytosine. These base are remain attached – adenine with thymine by double hydrogen bond and guanine is attached with cytosine by triple hydrogen bond. Adenine and guanine are together called purine base and thymine cytosine are together called pyrimidine base.

• B- DNA - Right handed duplex where plane of base pairs are perpendicular to the axis of helix.

• A- DNA- Single turn of right handed helix contains 11 base pairs that are tilted to the perpendicular to helix axis.

• D- DNA- Having 8 base pairs per turn of spiral helix.

• Z- DNA- Left handed double helix ,having zig-zag back with 12 base pairs per turn. 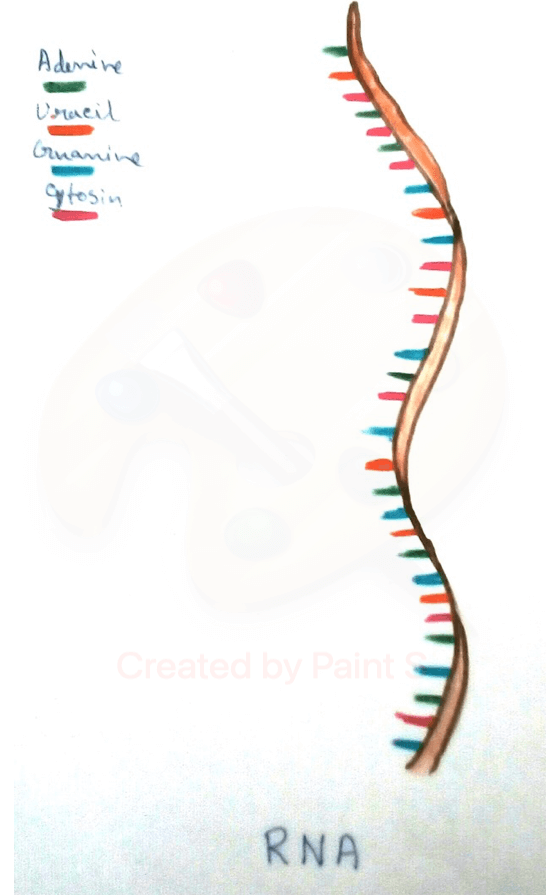 Types of RNA- RNA can be of different types according to their functions. They are-

• Ribosomal RNA- It constitutes of the 70 to 80 %of the total RNA and is also called r-RNA. This are present in larger and smaller subunit of ribosomes.

• Messenger RNA- It is also called m-RNA which constitutes 5% of the total RNA. It’s main function is to brings coded information from DNA to cytoplasm for synthesis of polypeptide. It also contains initiation codon and ending or termination codon.

• Transfer RNA- it is also called t- RNA or adapter RNA. It constitutes about 15% of the total RNA. It is the smallest which contain anticodon portions and carry amino acids that exposed to codons of m- RNA during translation. It is having folded clover leaf structure.

From Nucleic Acid to HOME PAGE