Explain about the Structure of Proteins

Definition of Protein: Proteins are one of the major components of food, associated with cellular structure and different physiological activities .

Components of Protein: Proteins are made up of amino acids. Each amino acids contains carbon, hydrogen, oxygen, nitrogen. But sometimes other elements like - sulpher etc can remain attached with this molecules.

2. Secondary Structure: Secondary structure of proteins are of two types – alpha helix and beta pleated sheet. Alpha helix are formed due to formation of hydrogen bonds between the amino acid molecules. Beta pleated sheets are formed by the arrangement of the beta strands. These beta strands form hydrogen bonds between them to produce secondary structures of protein. According to the arrangement of the strand beta sheet can be parallel or anti parallel. The ending of the polypeptide where -NH2 group is present is called N terminus and the end where -COOH group is present is called C terminal. Antiparallel beta strands are more stable than the parallel beta strands. 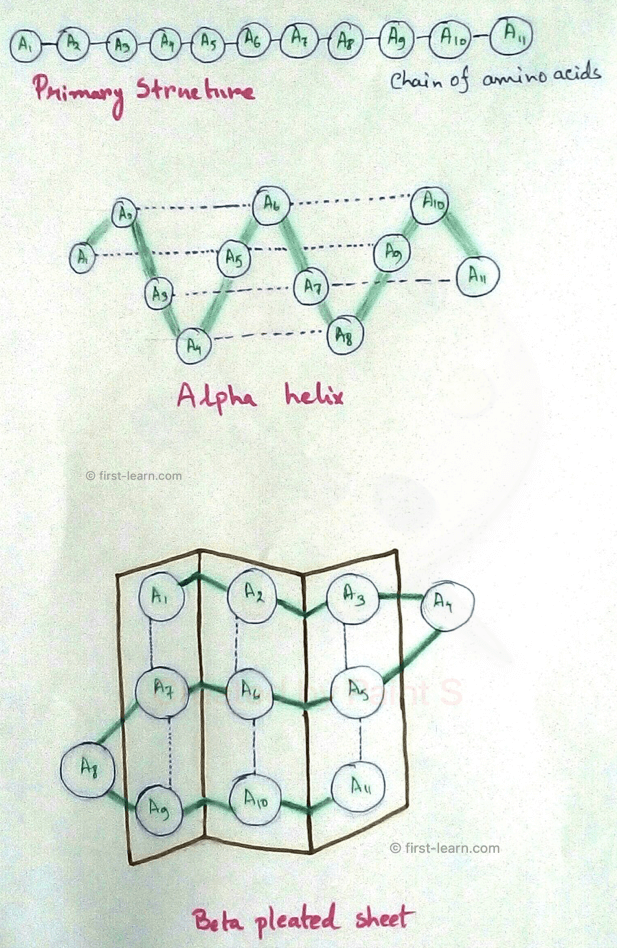 3. Tertiary Structure: The three dimensional structure of protein is known as tertiary structure which is the form where protein get maximum stabilization with minimum energy . In this form of structure protein folds itself in different pattern so that hydrophobic and non polar amino acids remain inside or inner part of the protein where they do not get exposed to the water. On the other hand acidic amino acids or basic amino acids are arranged on the upper surface of the protein to interact with the water. In the tertiary structure different bonds are formed between side chains of the polypeptide to stabilize this. These bonds can be disulphide bridge, salt bridges, ionic bridge. Amino acids like cysteine which contains sulphide group takes part in disulphide bridge development. 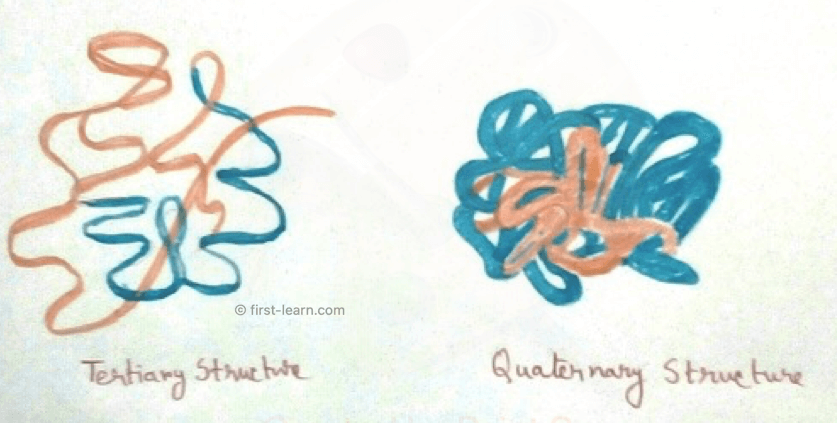 4. Quaternary Structure: Different polypeptides are joined together to form a salt brigde , large molecules of protein .In this structure protein subunits are formed which are large in size and are again produces different bonds between their suitable subunits for stabilized structure. Bonds those are involved in stabilization of proteins are hydrogen bond, disulphide bridge, salt bridges etc.

From Explain about the Structure of Proteins to HOME PAGE