What is a Cell?

Cell​ is the structural and functional​ unit of life. It contains a centre which is called nucleus (as it controls ​the different functions and activities of cell). Plant cell is hexagonal or pentagonal is shape. Whereas animal cells are oval or round in shape. Plant cell contains cell wall which is found just outside the cell membrane. Human body is made up of trillion of cells. Cells are undergoes division to increase in number. Animal cell doesn’t contain any cell wall. Cells are consist of different organelles . These are mitochondria, endoplasmic reticulum, Golgi body, ribosome, centrosome etc.

Cell is made up of cytoplasm and nucleus surrounded by cell membrane.

Cytoplasm - It is a belly like structure that contains nucleus and different organelles.

Nucleus - It is the main control centre of cell. It consists of nuclear membrane, nucleolus, nuclear reticulum, nucleoplasm. It contains genetic materials.

Lysosome and peroxisome - It is associated with destruction of different ergastic material of cells.

Centrosome - Centrioles are associated with producing spindle during cell division in animal cells.

Golgi body - Packaging of molecules for transport out of the cell.

Types of cell - According to the type of cell it can be divided into prokaryotic cell and eukaryotic cell.

Prokaryotic cell - These are premitive cell . This type of cells do not contain any well defined nucleus , membrane bound organelles. Their genetic material is scattered on the cytoplasm. Example of prokaryotic cell is bacteria. 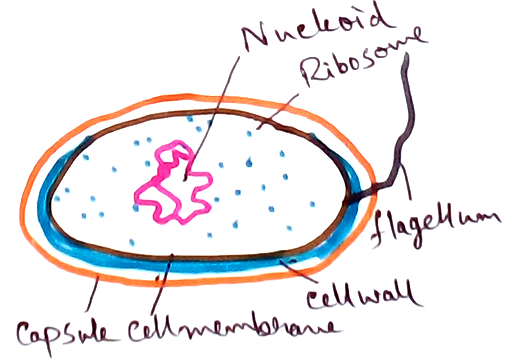 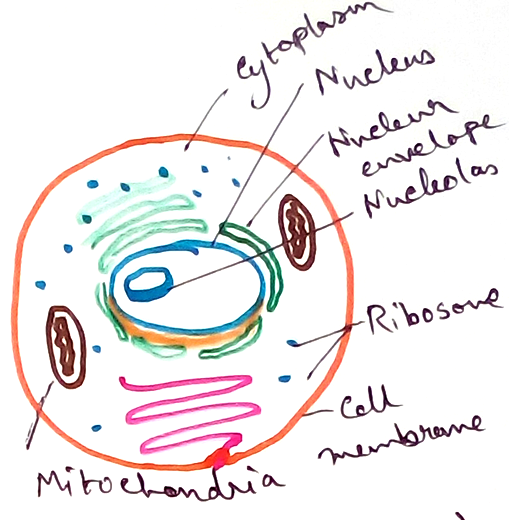 Cells have different functions. They are –

1. Building blocks of body- Cell is the structural and functional unit of body. It is called the building block of the body.

3. Takes part in absorption – Cells absorbed different nutrients from the food after digestion. Different types of specialised cells are there for absorption of food like microvilli, lacteal etc.

6. Help in providing nutrients to different parts of the body by transport.

7. Help in providing energy- Due to metabolism chemical energy that is converted into kinetic energy is stored in mitochondria in cell as ATP.

From What is a Cell? to HOME PAGE