The term mitosis was first coined by the scientist Flemming in 1882. The details were worked out by Strasburger in 1875 and Flemming in 1879 .In 1960 Cocktail and Mac Canley explained the biochemical aspect of the process and initially the two process  mitosis and karyokinesi were considered as the same process and cytoplasm as a separate process. But later the two process - Karyokinesis and cytokinesis are together consider as entire mitosis process.

Definition of Mitosis - It is the type of cell division in which the parent cell divides once giving rise to two identical daughter cells with same chromosome number with similar forms and the the characteristic features is called mitosis.

There are different types of mitosis observed in different situations:

1. Promitosis - It is also called incomplete mitosis without the division of nuclear membrane​.

2. Amitosis - This is the direct division of the nucleus by involving cleavage of the protoplasm without spindle formation.

3. Endomitosis - This is the process of reduplication of chromatids within intact nucleus forming polythene chromosomes.

4. Crypto Mitosis - In this phase chromosomes are formed during nuclear division but this are not arranged in equatorial plane.

Mechanism of Mitosis - It is the process in which the chromosome of the parent nucleus are distributed equally into two daughter cells where the daughter nuclei are not formed directly from the parent nucleus but it happens via the formation of chromosome . This it is called indirect cell division (mitosis).

Definition of Prophase - The first phase of mitosis cell division, before metaphase, where chromosomes become prominent with their chromatids and nuclear envelope starts disappearing. 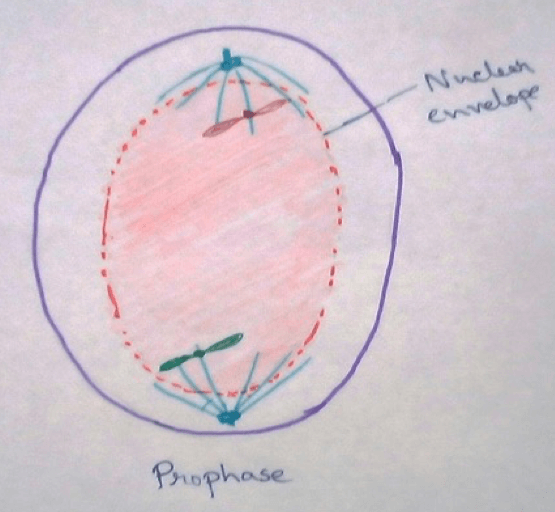 1. This phase is the longest phase of karyokinesis.

2. In the early stage of prophase or is called supreme stage, the chromatin fibres condensed through spirilisation and causes formation of the elongated chromosome.

3. As a result there is increased viscosity and refractivity of the cytoplasm and the animal cell becomes round.

4. The ends of chromosome cannot be distinguishable and nucleus appear as ball of wool.

5. As centrosomes are already divided ,daughter centrosomes started to move away from each other.

6. In the mid prophase chromosome become shorten and it becomes distinct with each other containing two chromatids attached to the narrow point of chromosome called centromere.

7. Centrosomes developed astral ray and started moving towards the pole.

8. In the late prophase the centrosomes reach the poles then it forms aster and started developing spindle fibres.

10. In case plant cells, centrosomes are absent and spindle developed without spindle formation.

Metaphase - It is the second phase of mitosis cell division,before anaphase and after prophase where chromosomes become attached with the spindle by their centromeres and arranged along the medial plate. 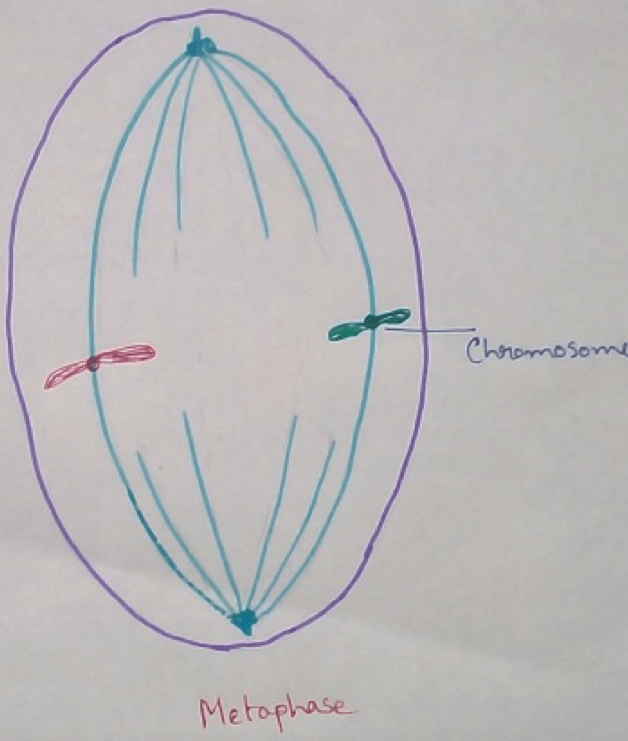 Some characteristics of metaphase stage are -

1. In this phase chromosomes become shortest and thickest.

2. Bipolar spindles are formed . It is an astral in plants as it is without aster formation and in animal cells are called amphigastria.

3. Spindle contains three types of fiber called – Continuous fibre( connected from pole to pole), Discontinuous fibre (It comes out of the one pole but do not reach the other pole), Chromosomal fibres ( it attaches chromosome to the pole).

4. Every chromosome is attached  to two chromosome fibres one of each from the region of its kinetochore.

5. Each spindle fibre is made up of 4 to 20 microtubules.

Definition of anaphase- It is the third phase of mitosis cell division comes after metaphase and before telophase where chromosomes are started moving towards the pole of the cell. 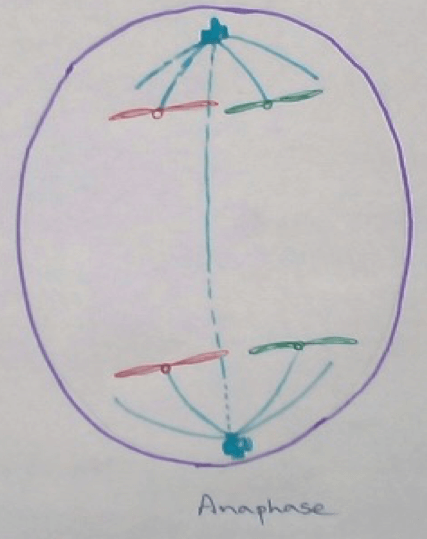 Some Major Events of Anaphase in Mitosis-

1. This phase is of very short duration .

2. One of the important event is the formation of anaphasic promoting complex .

3. It’s main function is to degenerates protein binding with two chromatids in the region of centromere .

4. This centromeres of each chromosome divides.

5. This converts both the

Definition of Telophase - It is the last phase of mitotic cell division comes after anaphase and final stage of nuclear division where completion of chromosomal movement completed and nucleolus and membrane reappear. 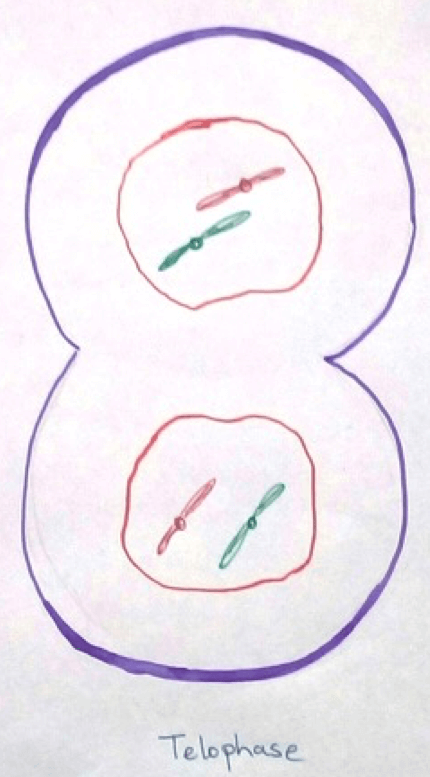 Some major events of the telophase in mitosis:

1. In this telophase the major thing is reconstitution of nuclei.

3. Nucleolus, nucleoplasm and nuclear envelope reappear so that two daughter nuclei can formed.

Promitosis - this is a process where incomplete mitosis takes place without division of nuclear membrane.

Amitosis - Direct division of the nucleus which involve cleavage of the protoplasm without spindle formation.

Endomitosis - In this process reduplication of chromatids within intact nucleus forming polytene chromosomes.

Cryptomitosis - In this type of mitosis chromosomes are formed during nuclear division but they are not arranged at equatorial plane.

Para mitosis - In this type of division chromosomes do not undergo coiling during nuclear division.

1. Greater amount of cytoplasm are required in compare to that of nucleus.

2. Another thing that induce mitosis is increase in the metabolic processes that liberate more energy in the form of ATP molecules.

3. There is increase in the amount of RNA in compare to the DNA.

4. There is requirements of synthesis of specific protein during mitosis.

5. There must be availability of the adequate substrate.

Questions and Answers on M-Phase:

1. What do you mean by mitogens?

2. What do you mean by mitotic poison?

These are substances that inhibits cell division. Examples- are azide, cyanides, colchicine etc.

From Explain about M Phase to HOME PAGE