Meiosis have a huge importance over the combination and evolution and Conservation of species. The major significance of meiosis are – 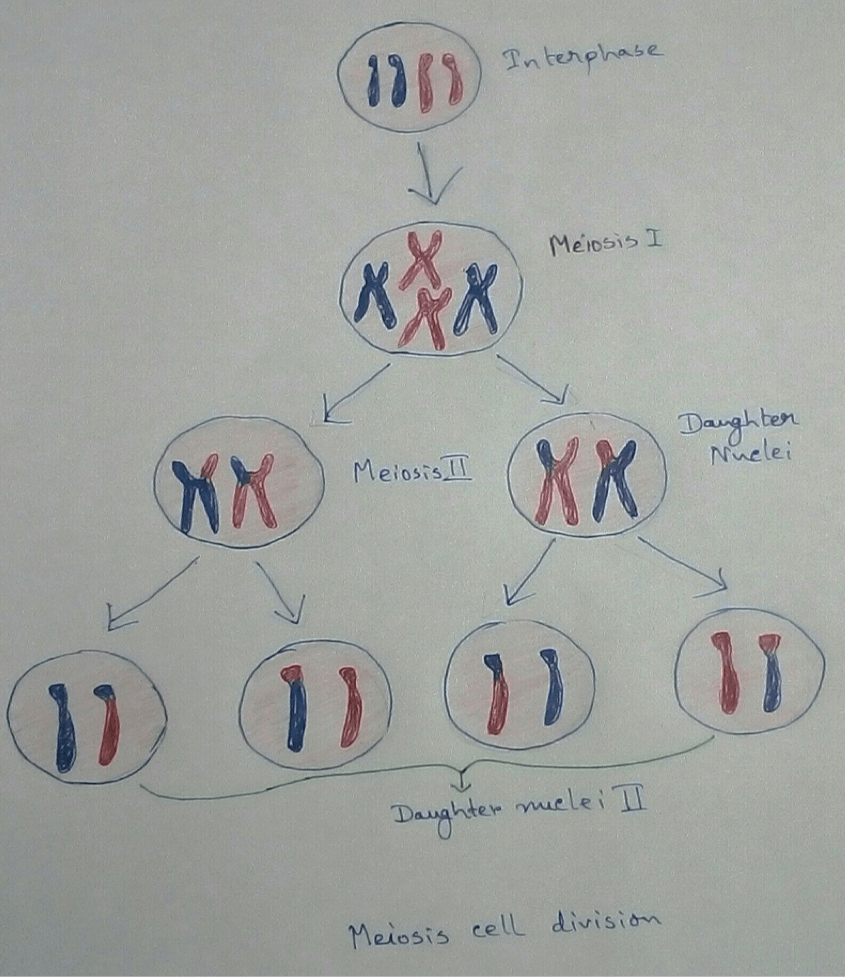 2. Combination of Characteristics - As crossing over takes place in the pachytene sub stage of meiosis, there is exchange of Chromosomal part between non sister chromatids. As a result in new daughter cell contains different genetically combined chromosome bearing different characteristics. Which is associated with variations.

3. Helps to develop advance species- As crossing over causes exchange of different characteristics, there may be formation of offspring contains selective advanced characteristics both from mother and father. Sometimes the offspring are more advance than the parents.

5. Evolution - evolution is a slow and steady process. Adaptation for a long time may give rise to the evolution. In the pachytene sub stage of meiotic cell division causes combination of different characteristics in the offspring. For this they receive some characteristics which are beneficial for their adjustment with the environment. As a result some favourable things may carried as dominant characteristics throughout their many generations and the unfavourable may abolished with time.

6. Adaptation - It has been observed that offspring those were formed due to fertilization of male and female gametes prone to have more adaptive power than that of those offspring produce due to vegetative reproduction or asexual reproduction. They are more capable to adjust themselves with the adverse environment or changes of environment.

From Significance of Meiosis Cell Division to HOME PAGE